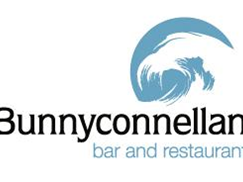 Built in 1824 by Sir Nicolas Trant, Bunnyconnellan was affectionately known by the locals as ‘The Cottage on the Rocks’. Neill (known to all as Jock) and Mary Porteous ran the hotel together for over 30 years, until Paddy and Sheila O’ Brien took the reins in 1976. Bunnyconnellan has remained in the O’ Brien stronghold ever since- today the newly refurbished venue is proudly run by their son Paul and his family. The O’Brien family celebrating 40 years in Bunnys, 1976-2016. 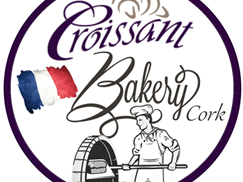 Artisan home-baked food made with the best quality ingredients. 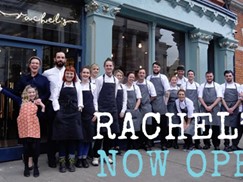 A recent addition to the city’s roster of top-class restaurants, Rachel's Resturant is named for restaurateur Rachel Allen, one of Ireland’s best known chefs, authors and food personalities. 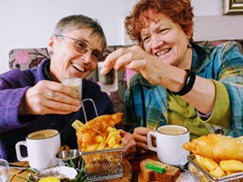 The historic fishing town of Kinsale, about a half-hour’s drive from Cork City, is one of Ireland’s gastronomic jewels. It’s long been famous for its high-quality producers and restaurants, and this walking tour takes in all the highlights, as well as plenty of local colour. And there is also a three-hour foraging tour in the fields and on the shores around the town. 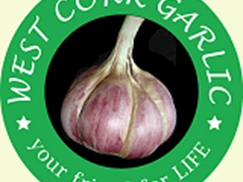 Since the start of the business in 2011, West Cork Garlic has been grown on land near Ballynacarriga, Enniskeane which has proven to produce great tasting garlic.

One of the most popular gastropubs in the city, with an upstairs seafood restaurant and a riverside seating area with lovely views. 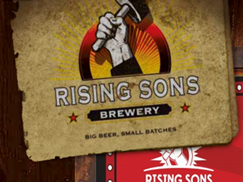 We brew big beers in small batches. We craft them with love, innovation, and rock n roll. 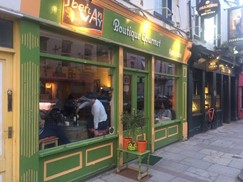 The Iberian Way on Douglas Street – For something very different, an unassuming Tapas bar run by two young Spanish chefs on Douglas Street, a short stroll across the bridge from the South Mall, by day, the Iberian way is a shop and deli, in the evenings, it serves up fab tapas in very modest but pleasant surroundings – a real hidden jewel, for the adventurous. 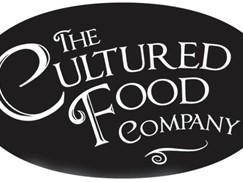 Artisan food company specialising in the production of traditional, handcrafted raw fermented vegetables such as sauerkraut and kimchi. Products are 100% natural and free from any additives or preservatives. Our sauerkrauts are traditionally fermented over several months. All of our products are of the highest quality resulting in a range of versatile condiments full of flavour and natural health benefits.... real food, real culture!

Good for the Soul

Good for the Soul is a cafe based in Ballincollig, Co Cork.